Posted on December 22, 2017 by All Independent Reno Podcast 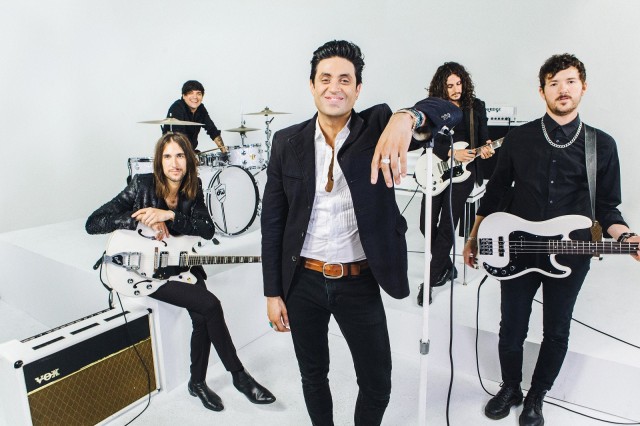 The Soft White Sixties are an awesome five piece rock ‘n’ roll / soul group, originally from San Francisco, they have since moved out to LA. They were on tour with Dan Luke and the Raid from Bowling Green Kentucky performing at The Saint in Reno. We got a chance to talk to them about recording in LA, traveling the country and grubbing on reindeer soup and hot chicken in Nashville.

Here’s a little info that I lifted from their bio on their site thesoftwhitesixties.com:

For the Sixties, who’d released their debut full-length album, Get Right in 2014, capturing a certain vibe and a particular mood for their next batch of recordings was essential. The band always took an ‘all hands on deck’ approach to writing, but in the past they chiseled their song arrangements on stage without a clear sense of direction for the final result. For the next album the musical collective — which includes bassist Ryan Noble and drummer Joey Bustos — made a conscious decision to apply a forward-thinking kind of approach, continually asking the question ‘what kind of band do we want to be?’ To further ensure an open-book approach to the sessions, the band enlisted producer/mixer Matt Linesch (Edward Sharpe & The Magnetic Zeroes, Dave Mason), working with him at United Recording in Los Angeles. “Matt was almost like a fifth member, at times,” Eisenberg says. “He embraced our new approach, while really stressing the importance of the music not being perfect. It’s a human form of expression.”

Check out the video for the song “Sorry to Say” from their EP The Ocean Way.

Also check out the live series of songs from their Jam in the Van sessions in Austin TX.

The following songs by TSWS are featured on this episode:

All Independent Reno is podcast based in Reno featuring conversations with local and touring bands, musicians and other creative people.
View all posts by All Independent Reno Podcast →
This entry was posted in Band Interview, music podcast and tagged all independent reno, brick by brick, podcast interview, Reno, Reno NV, The Saint, the soft white sixties, TSWS. Bookmark the permalink.